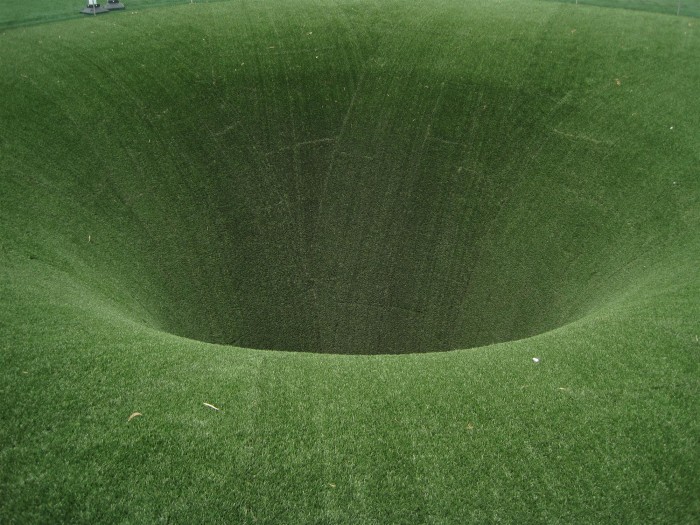 Area: 1002 sq meters
Design Theme:  leave the garden, leave the hole, to ther other end of the world
Introduction:  The Big Dig Garden is designed by Martin Cano, one of the chief designers of Topotek one of the most progressive design corporations in Germany, and has received a number of awards such as the First Prize in competitions at Wolfsburg, Tiergarten, and Eberswalde. This design takes the earth as the model, guiding visitors back to the world the imagined in their childhood, where digging a mysterious hole in the ground, is a means though which everyone can travel to the other side of the world. The design empathizes with visitors' emotions, building a multicultural backdrop for them. It gives people the experience of transitioning from indoors to outdoors and from cities to Nature. Furthermore, it shows the combination and transition of two different cultures, broadening the traditional conception of garden. 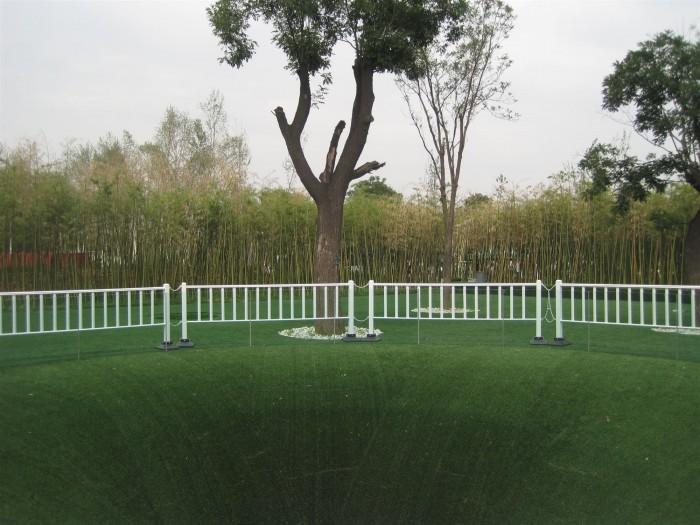 The Chinese are skittish about using glass as any kind of a barrier. Perhaps it has something to do with using poor quality tempered glass everywhere that shatters to pieces from temperature differentiation.

The hole "in the ground" had traffic sounds emanating from it. Before I found the hard to find tablet describing this project, I thought that the idea was meant to show some kind of an underground life, and not that it was the other side of the world. 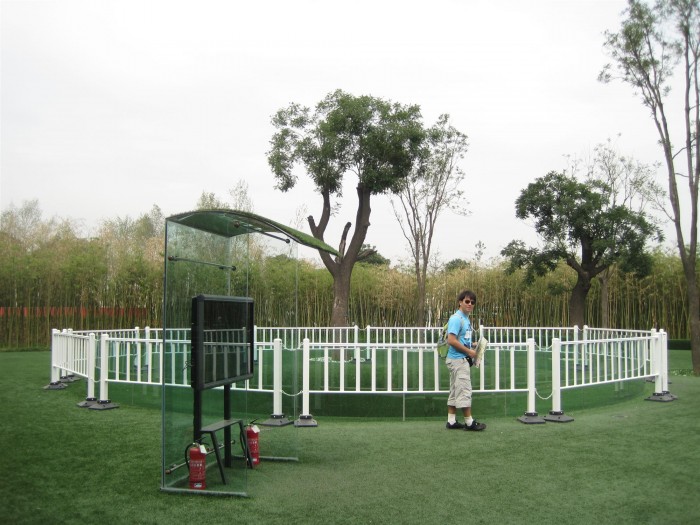 A simple idea with clean execution is marred by all the safety add-ons. The barrier is understandable... except that few people approached this garden (there was a rest pavilion nearby that was more appealing to hundreds of Chinese). I suppose if you fell into the hole, they could use the barriers as ladders...The /two/ fire extinguishers outdoors were odd... was it because the plasma/LCD TV could possibly explode into a fireball?