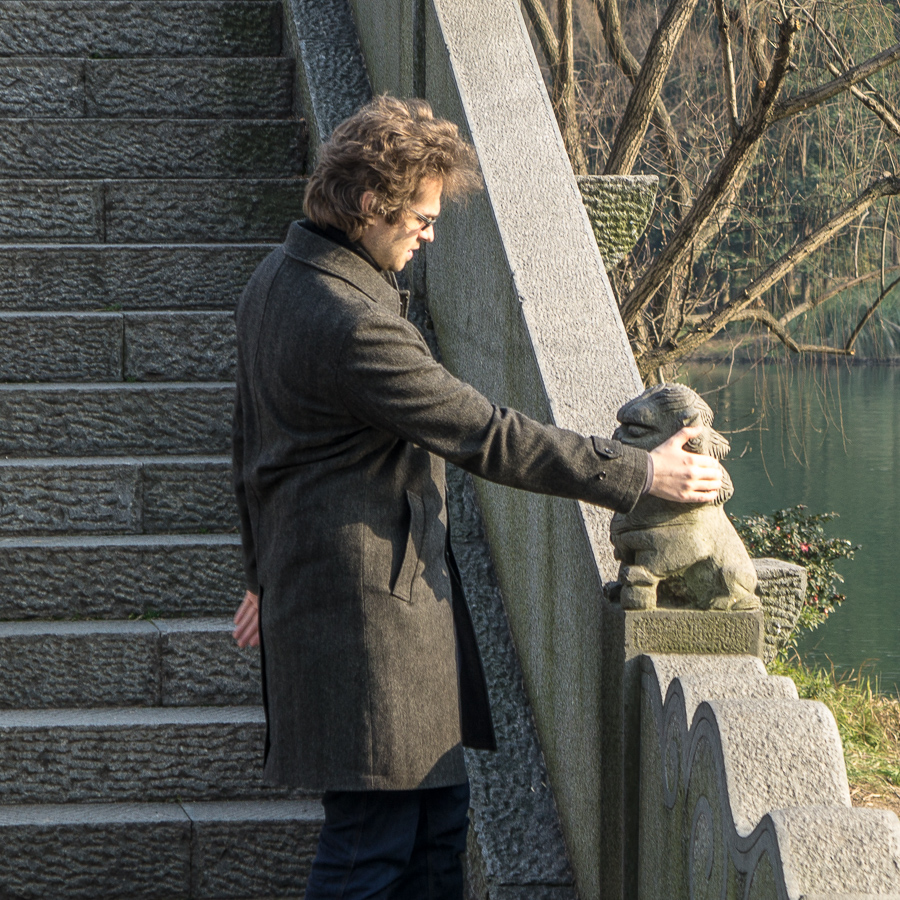 The man himself communing with stone lions on a bridge near West Lake, Hangzhou, February 2015

MutationMatter is the brainchild of the mysterious Jeremi Bigosinski, who hails from the distant land of Poland (there be forest bisons and river mermaids) via the equally distant land of Connecticut (there be oak trees, songbirds and oysters). He has been practicing landscape architecture in Shanghai, China since the year 2010 arriving just in time for the Shanghai World Expo. Also known as Rem, he has used a predecessor of this blog, "Landline", as his Masters of Landscape Architecture Thesis blog while at the Rhode Island School of Design. When not traveling the world in the search for curiosities unknown and unseen, he bides his time (and sanity) working in the ever so hectic landscape design industry in China. Some other curiosities of note:

Unlike most other blogs, all content (except for some of the Thesis parts of the older blog) has been photographed by yours truly, Jeremi Bigosinski. Please feel free to drop him a message below.

Thank you for your message, we will be in touch very shortly.

Sorry, there has been a problem and your message was not sent.

Please enter your contact details and a short message below and I will try to answer your query as soon as possible.