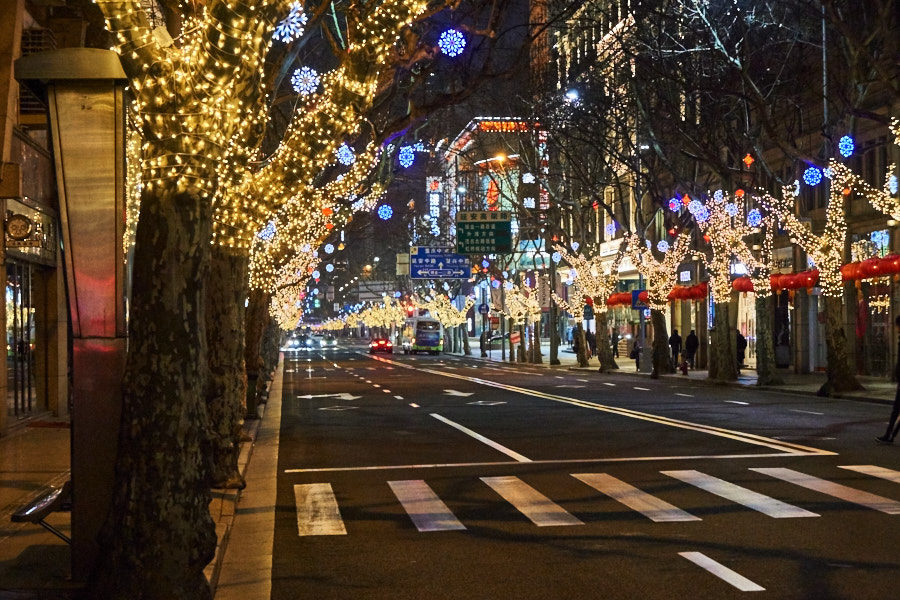 The View down HuaiHai Middle Road on Year of Monkey Eve (February 7th, 2016)

The Year of Monkey Eve was the first Spring Festival celebration in recent memory which did not have Firework displays to bring in the New Year (and to scare off evil spirits). The official reason for this was to curb pollution from firing off thousands of fireworks per hour city-wide. In part this was a disappointment for me, but in part it was the first Spring Festival in which I finally got an adequate amount of sleep (with the exception of Spring Festivals during which I traveled -- I managed to avoid the noisiest displays this way). This Year was also the first Spring Festival that I celebrated as a married man and in which I drank copious amounts of red wine during the days the followed with my wife's family (I also ate a lot too). In any case, as part of a way to celebrate the New Year, my wife and I decided to walk from our apartment all the way down HuaiHai Middle Road to People's Square and see the sights. Huai Hai Middle Road only tends to be decorated in the manner seen in these pictures in the winter. It made for a pleasant urban exploration at night: 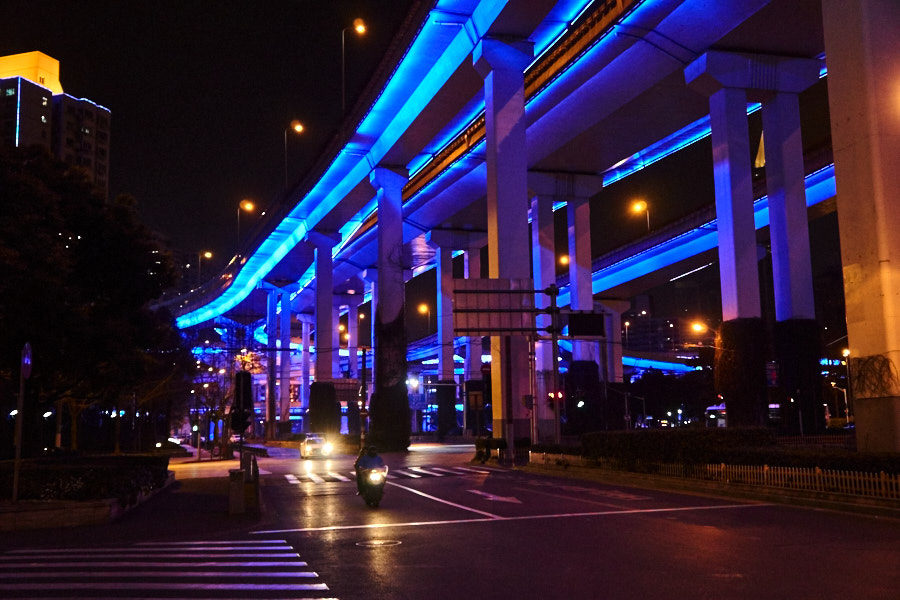 Under the Bridges of near Yan'an Park 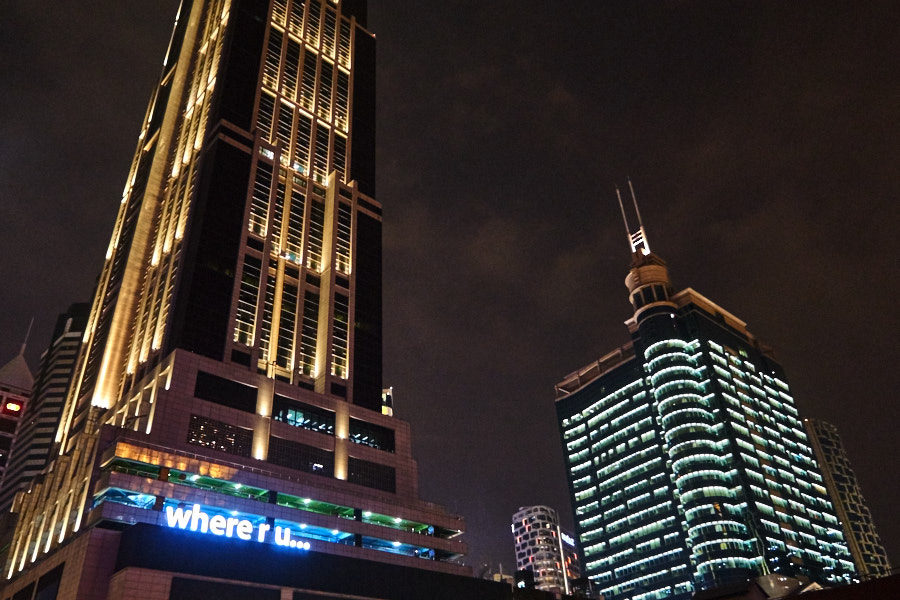 Where are U... K11 Art Mall on a street behind Middle Huai Hai Road 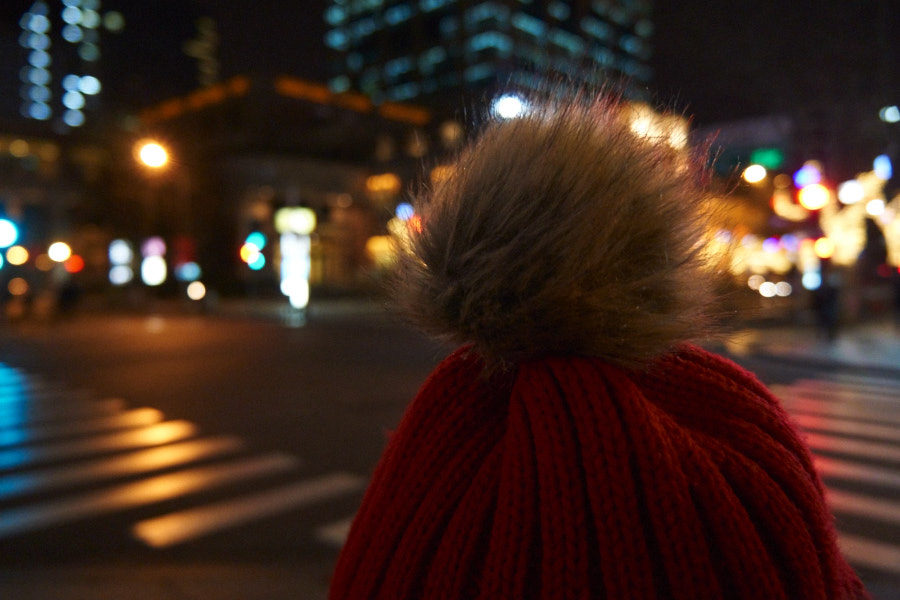 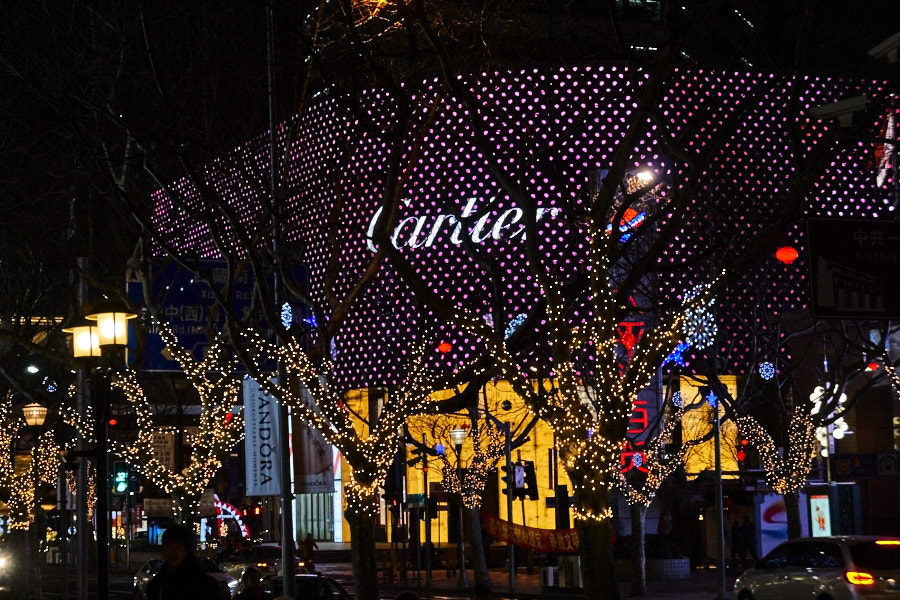 The Glitzy Area of HuaiHai Middle Road (near Xintiandi) 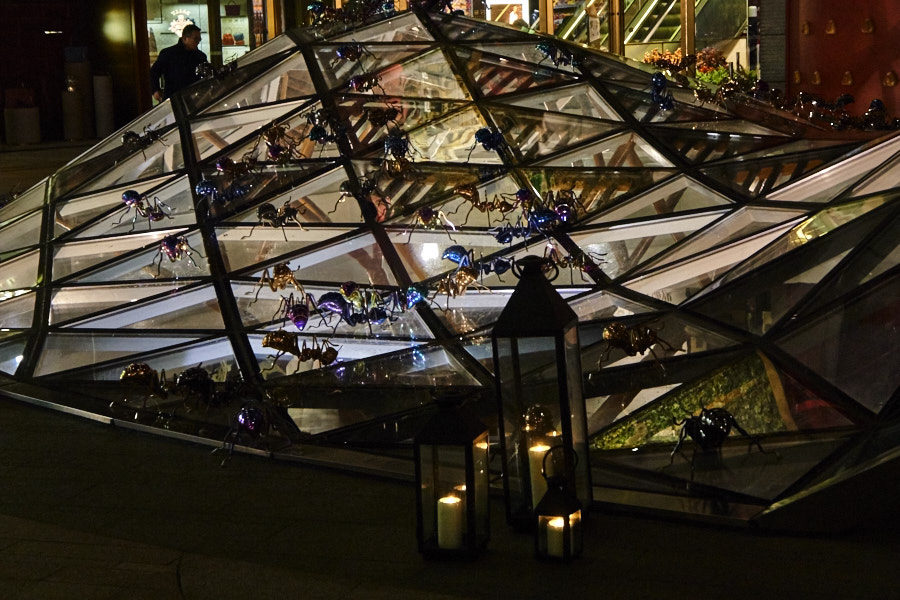 The Ants Are Marching On... K11 Art Mall Basement Gallery 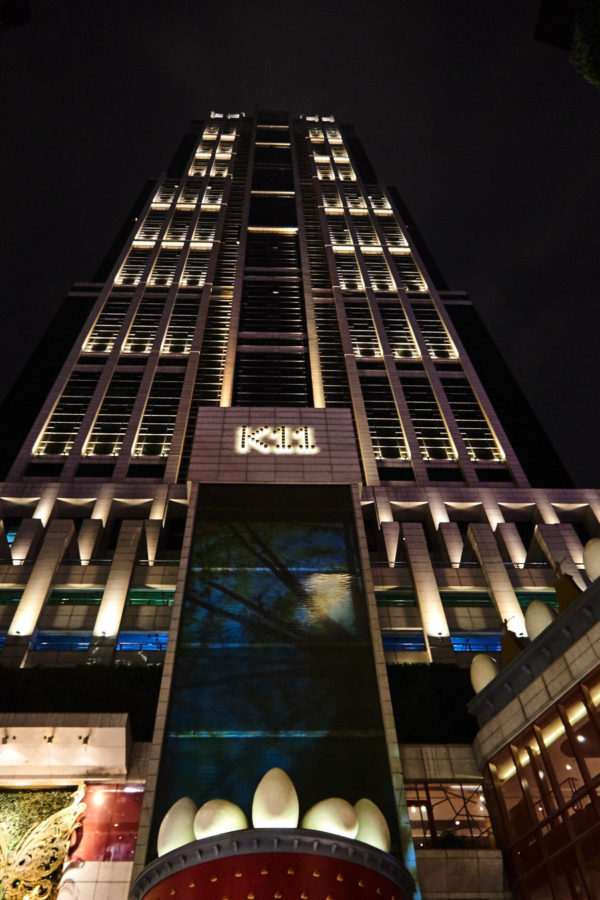 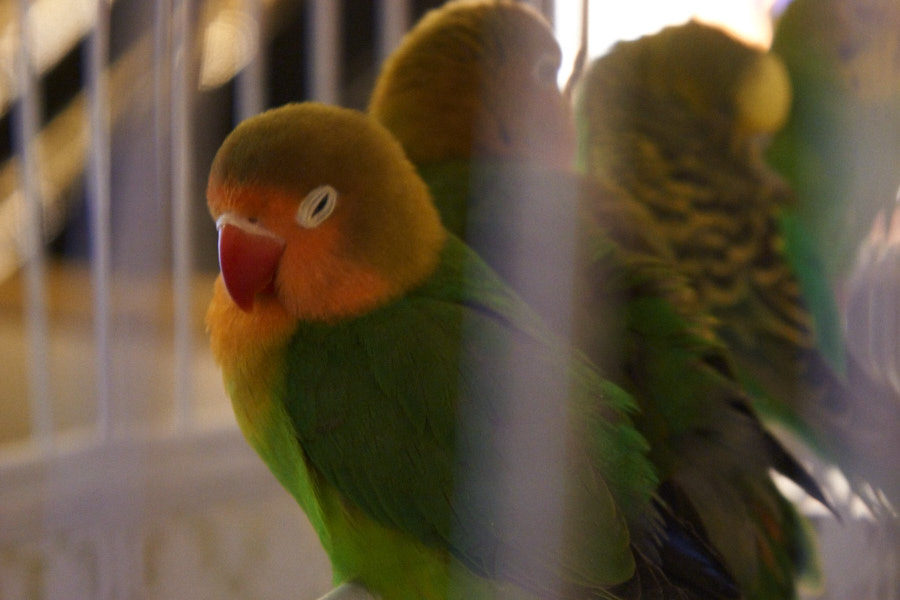 Parrots inside K11 Art Mall -- well, the sound was quite interesting! 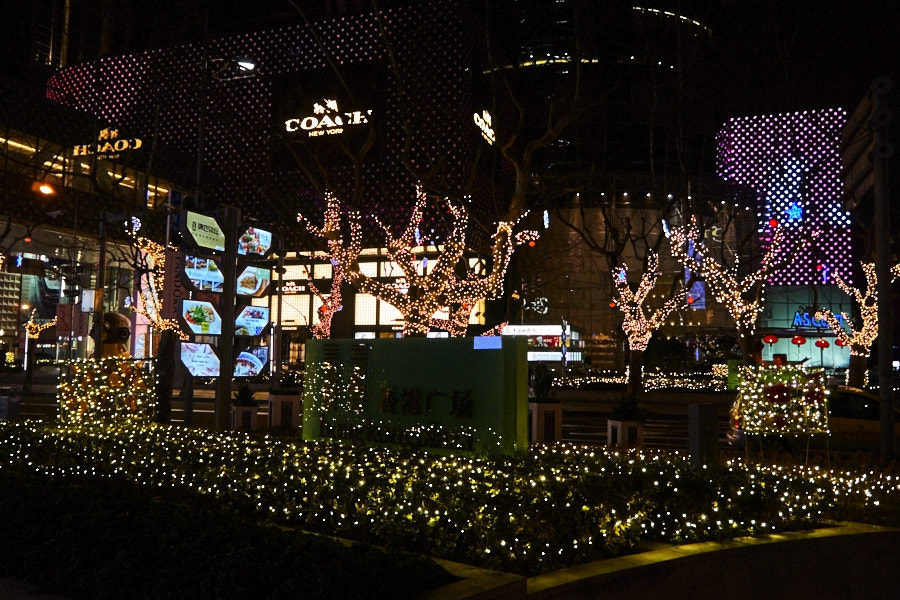 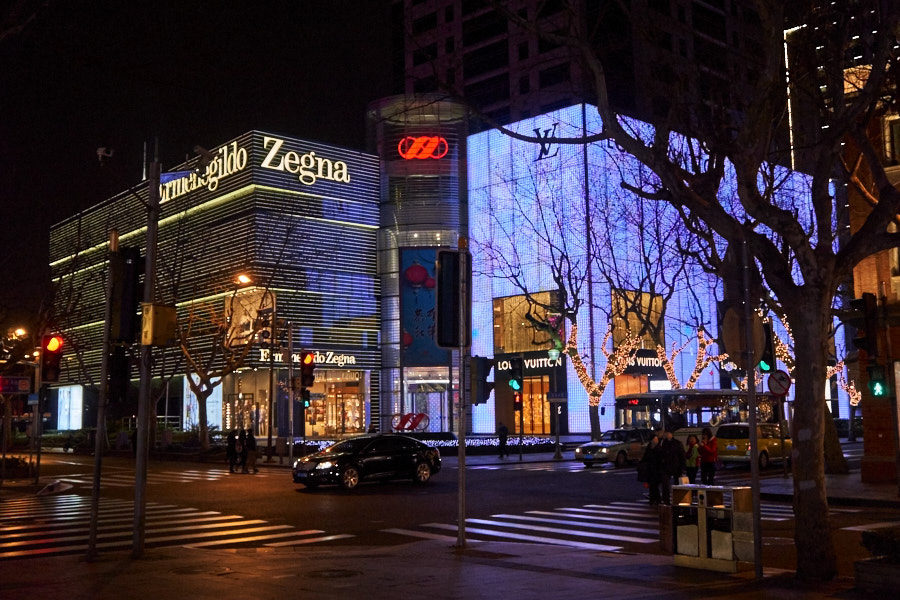 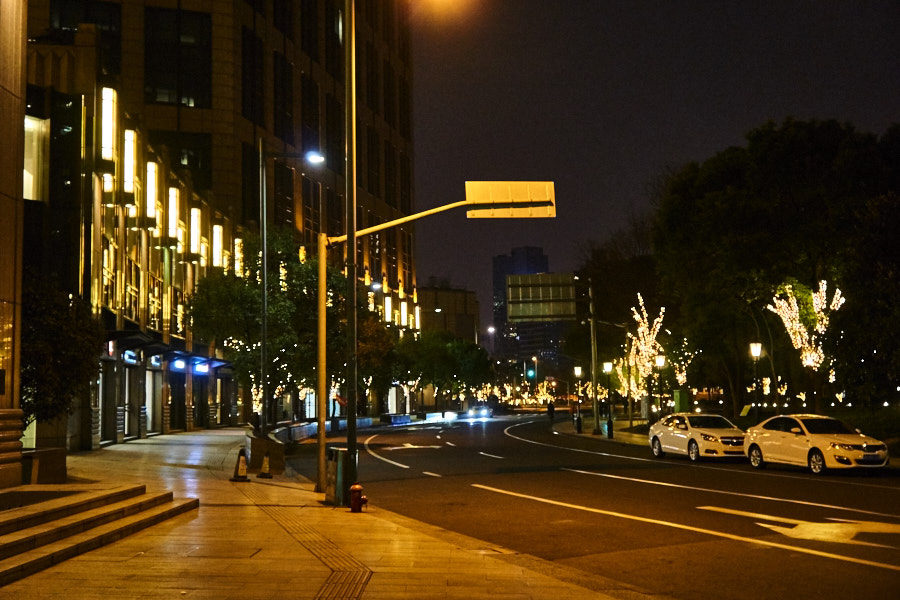 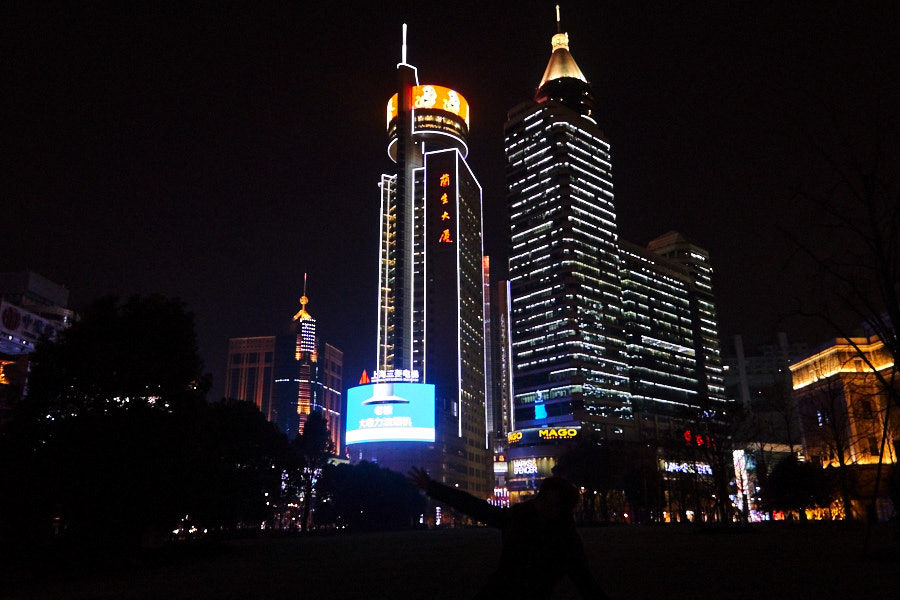 People's Square (near the Philharmonic) 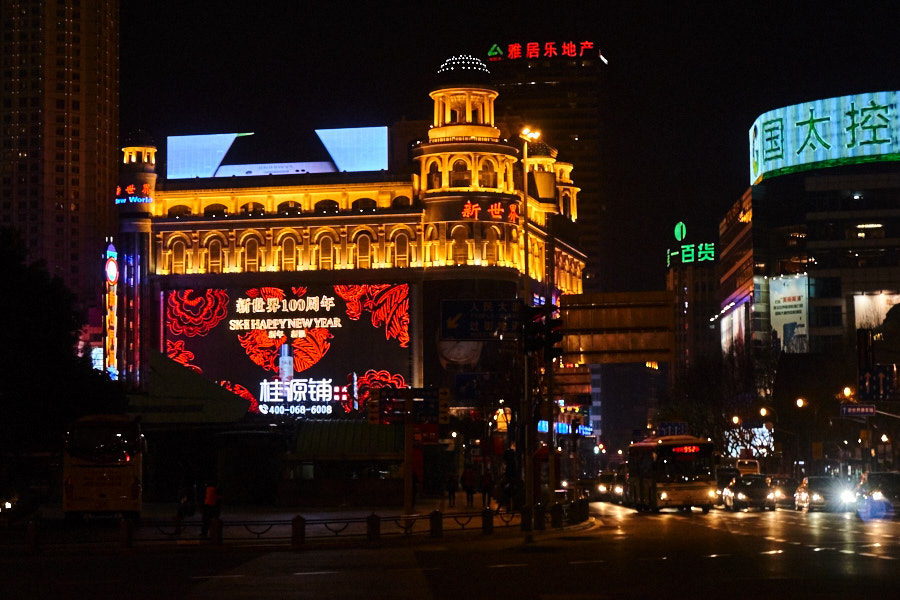 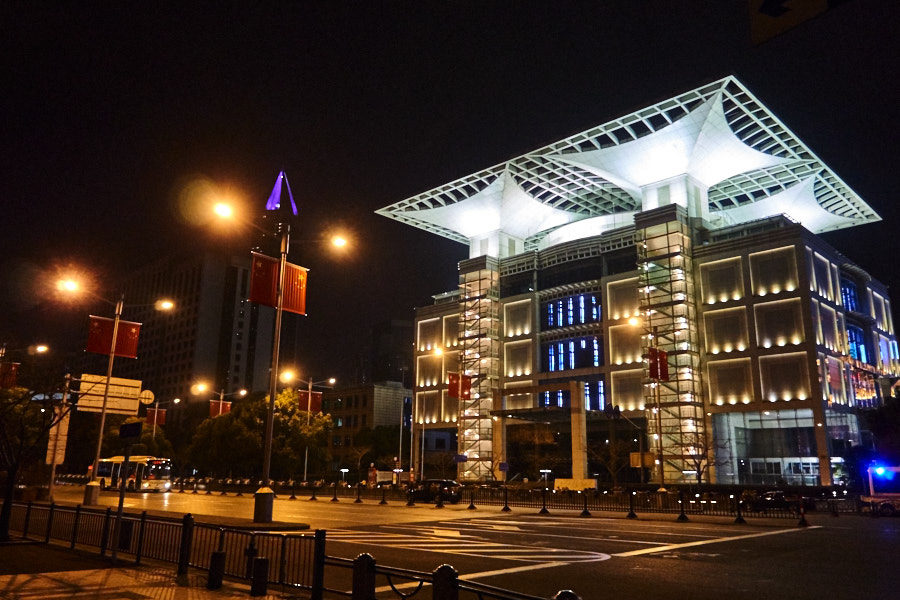 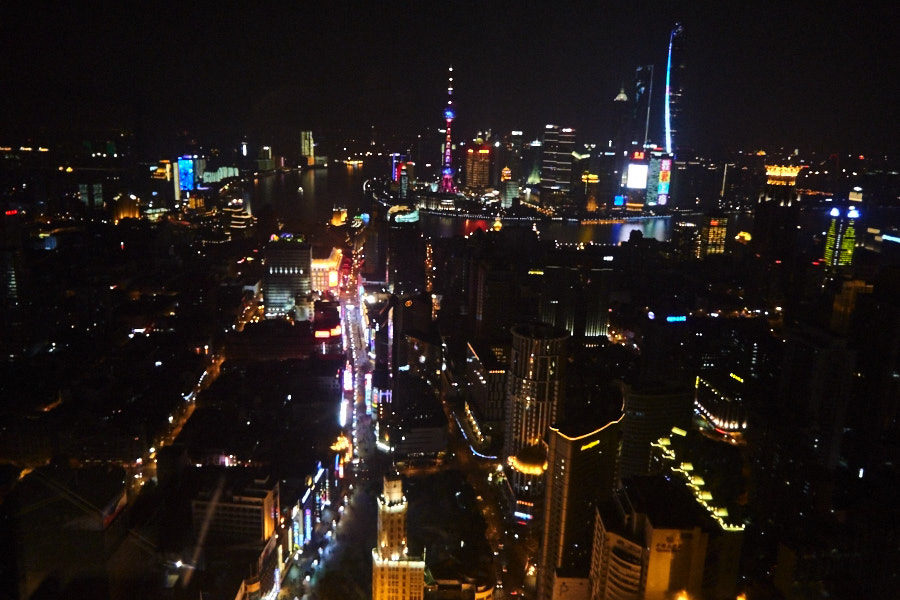 The View from the 65th Floor of the Le Royal Méridien