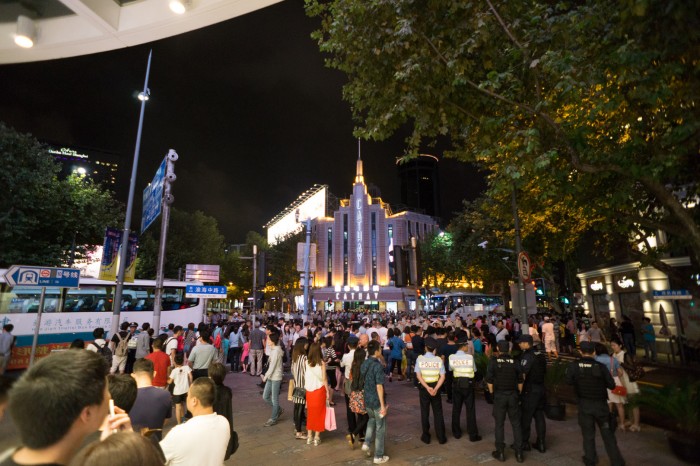 The Crowd right before the start of the Parade, near the end of the route at HuaiHai Middle Road and MaoMing Road.

I first heard about the annual (since 1990) Shanghai Tourism Parade last summer when I had missed it. So, back on Saturday September 13th, I made an effort to finally see it for myself this year. I should point out that parades of any kind are pretty rare; the kind of traditional Chinese parades that were once practiced in the past are now only really seen in remote villages or in Hong Kong, Taiwan and Chinese expat (Chinatown) communities; in modern PRC China it's simply either discouraged or not popular. In fact, another parade I did witness recently last month was in a remote mountain village to the south of Shanghai that was dedicated to someone who had died. Initially it was confusing as at around 7am on a Saturday morning jubilous Western Marching Band music (I kid you not) was heard in the distance; it only become apparent that it was in fact a Funeral when a flag-draped coffin appeared with a banner denoting a Christian funerary procession. Ah, the things you see in life. 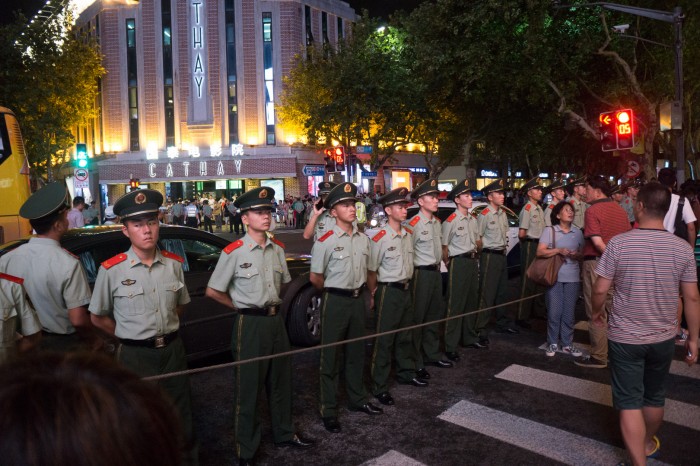 It should also be noted that Military Police, as you see above, unlike in Beijing, is a pretty rare sight in Shanghai as well. You only ever see them guarding the embassies and consulates over by Wulumuqi Road. A lot of people were taking selfies with them. 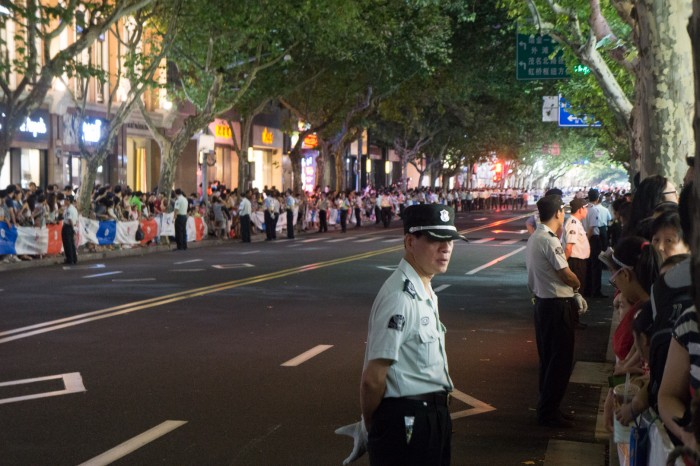 Chinese are particularly adept at waiting in long lines.

I went here with a friend, and, although the parade was over in less than 2 hours, wish we had brought some more supplies and preparation. Still, we were fortunate enough to find a spot in the crowd for a good view. 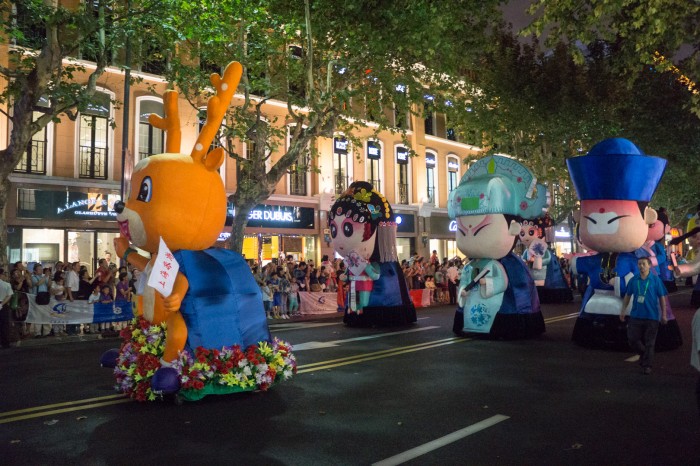 The first floats from the parade. 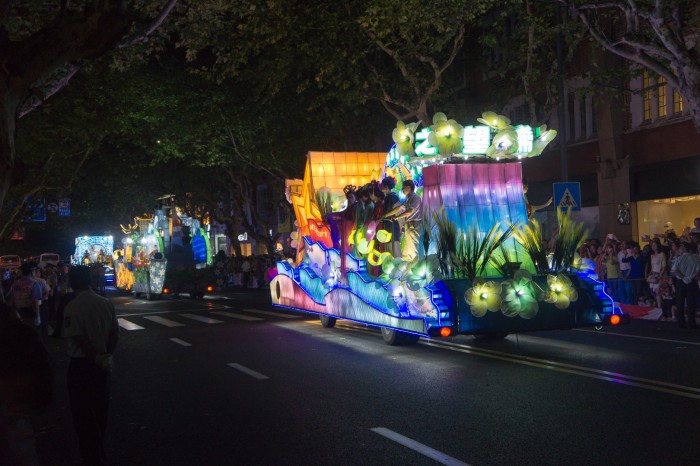 I filmed the Parade as well, but due to the fact that I've been terribly busy both at work and at home planning my Grand Tour of Western Japan starting this evening, I haven't gotten around to editing and uploading a representative example of the participants. I would say that I was rather impressed, and the addition of the foreign Marching Bands (here not for funerals) was a boon for the parade and helped create a professional image for the City. I will try to post the video after the Holiday in mid to late October. 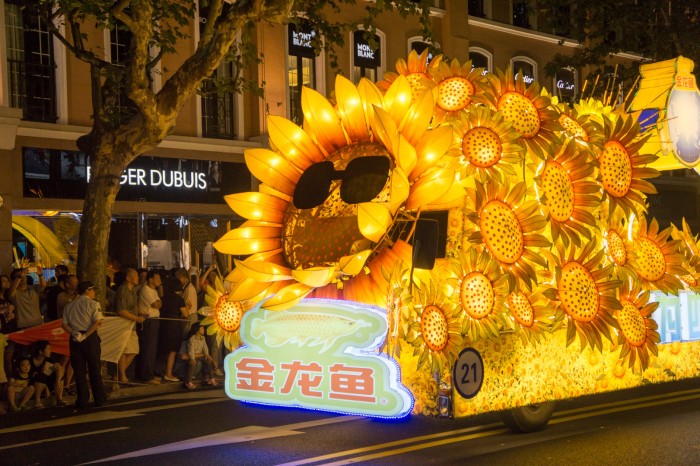 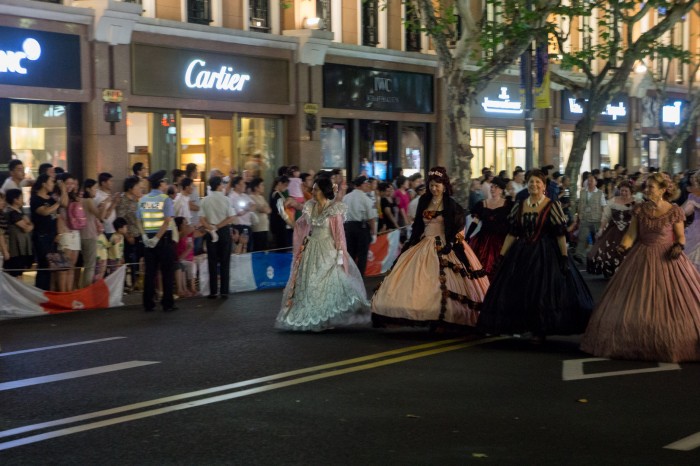 Elegant ladies from the Venice Carnival. 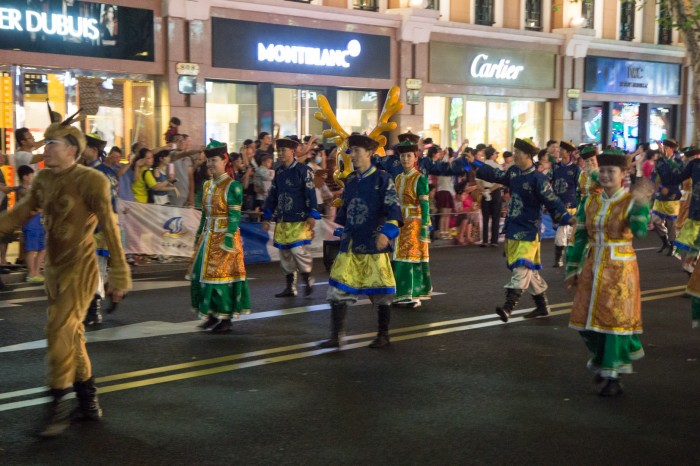 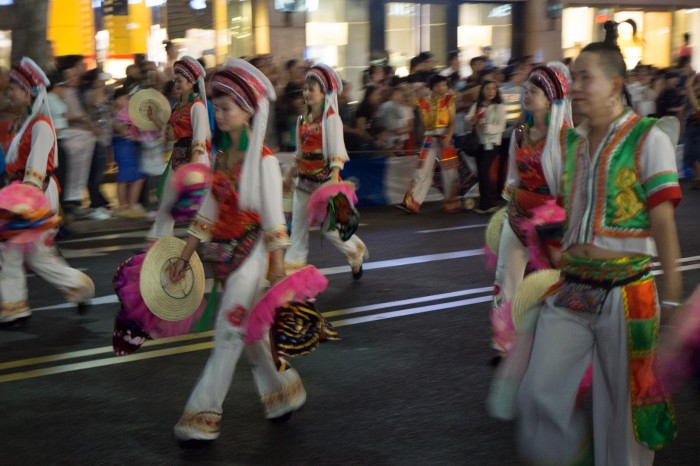 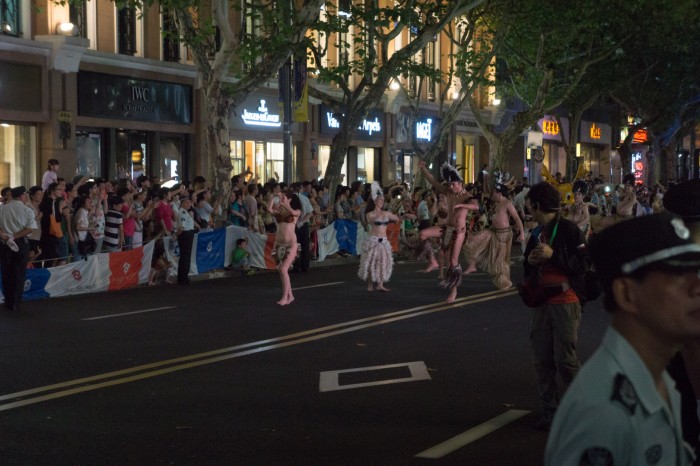 ..and lack of costumes.