My very first experience of Japan was introduced through the small city of Okayama. While the Okayama International Airport was about as pleasant as the three worst airports in America, Okayama had a pleasant and laid-back countenance that I would later find not as easily replicated in other places in Japan. This extended to the streetscape on its main street. Nobody else was in hurry, and in one instance, I was even asked by an elderly gentleman if I had time to sit down with him over a coffee and talk about where I'm from (sadly I was the one in a hurry to the JR station to buy tickets to Uno for the next morning). 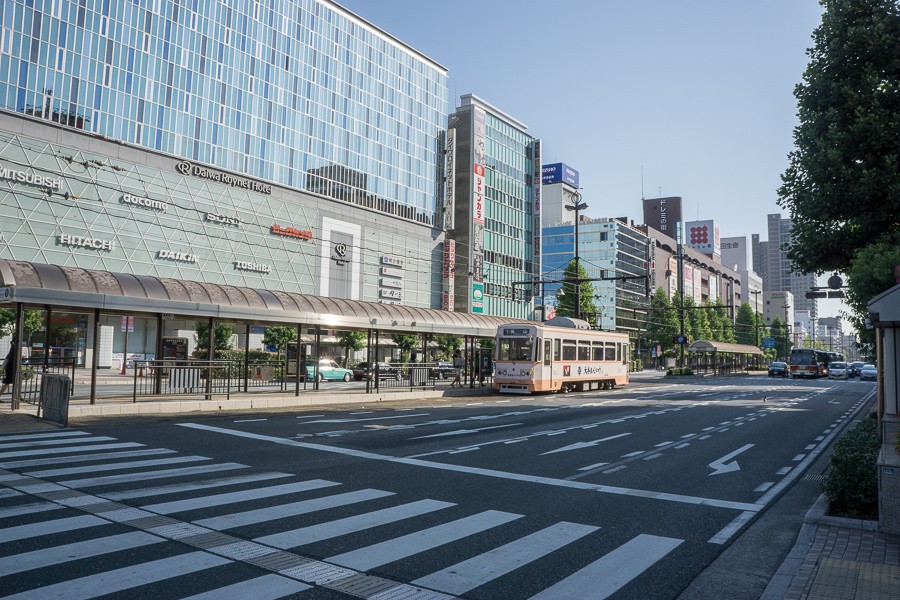 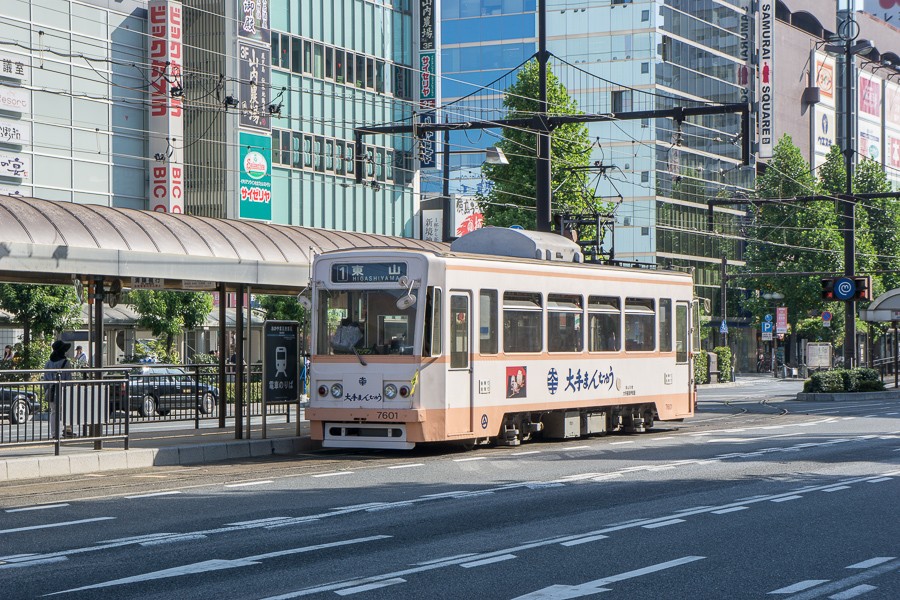 Zoom in on the Streetcar. I didn't ride this in Okayama, but, I did when I was in Osaka and Hiroshima later in my trip

In the area immediately around the JR station, the paving patterns are an eclectic mismatch of colors and patterns. They work well on their own, but not as a group or as a cohesive identity for the city. 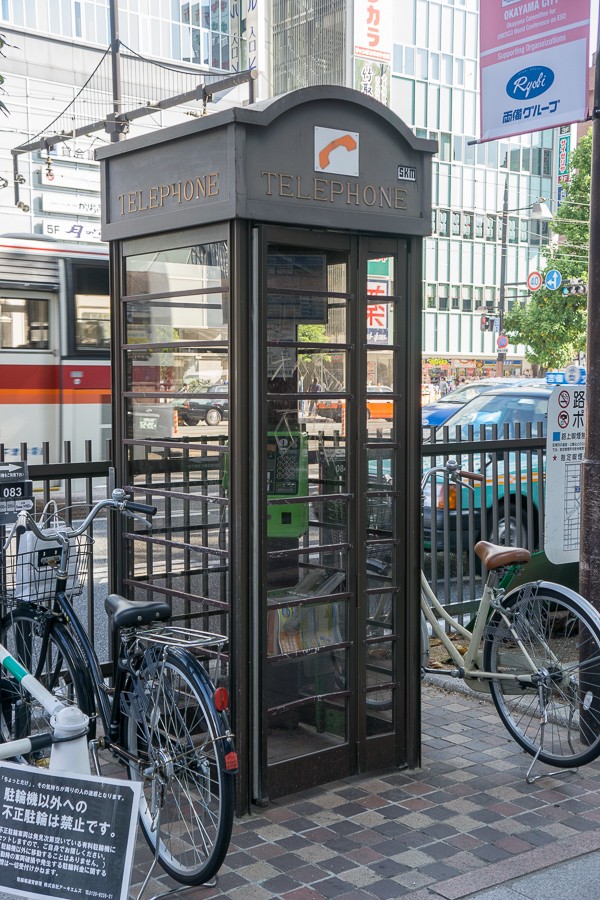 As in China, the sidewalk is large enough to accommodate both bike parking and a large mix of other objects such as telephone boxes, mailboxes, bollards, sculptures, signage, bus stops and trees. 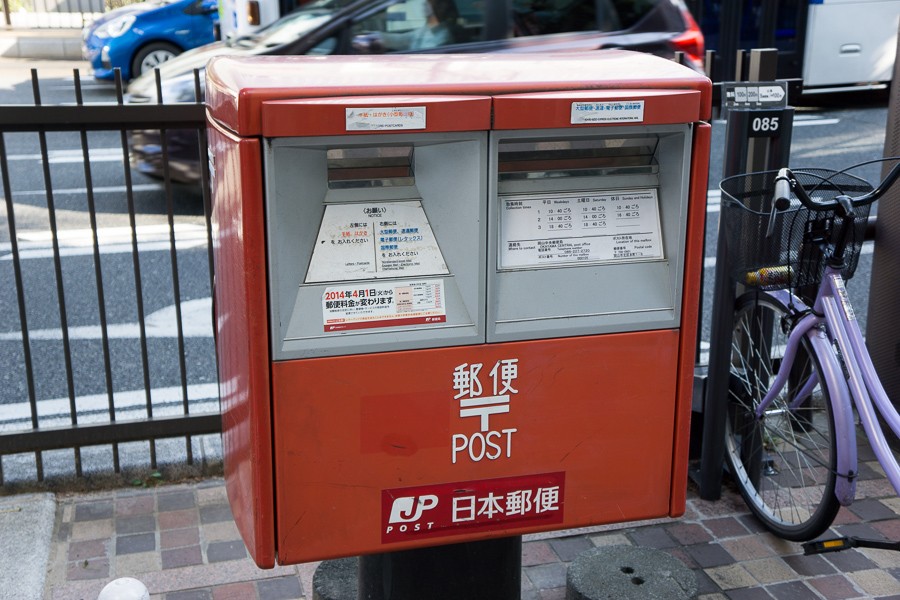 A cute and small letterbox (mailbox) 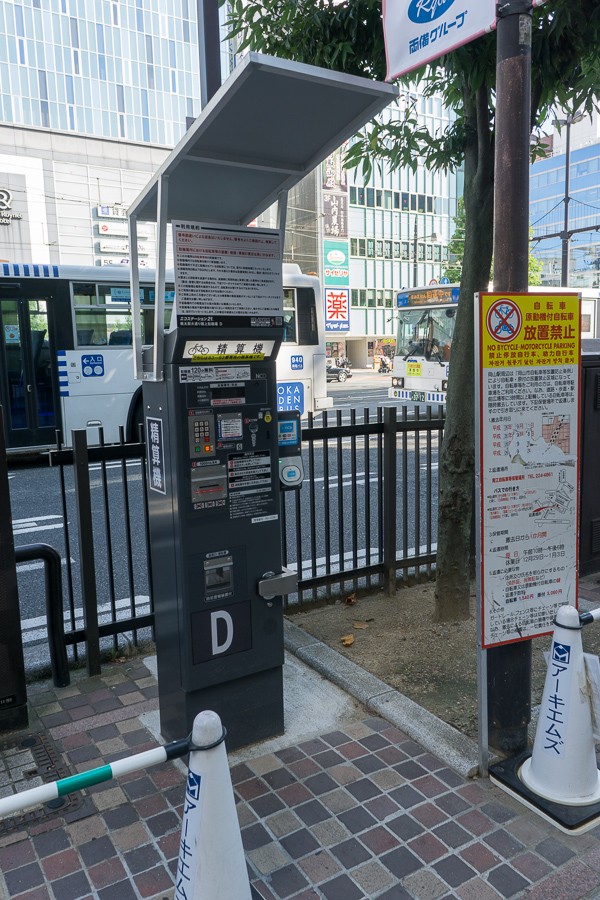 Bicycle parking vending machine, with a typically confusing (in Japan) "No Bicycle-Motorcycle Parking sign" next to it

And curiously, the bike parking available here isn't free! As the machine above suggests, it costs 120 yen for 2 hours of parking your bike with additional fees for more time. I understand that this payment allows you to lock your bike in place, but, on the other hand, what is to stop people (in theory, of course, as I imagine Japanese would not do this) of locking their bike to the fence behind the ticket machine. Or, in the instance of this driver, just parking your motor bike here without any care that someone will take and drink your oolong tea on the driver seat: 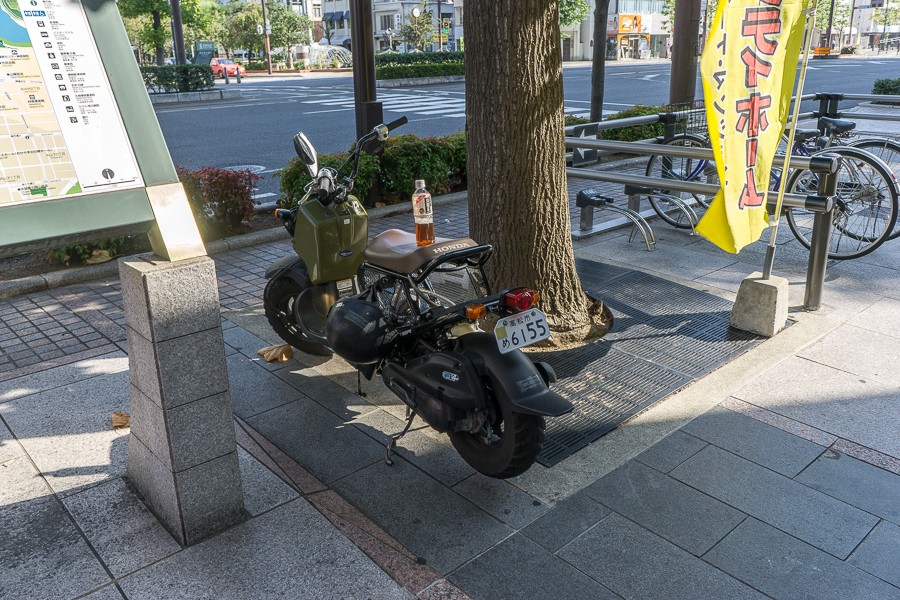 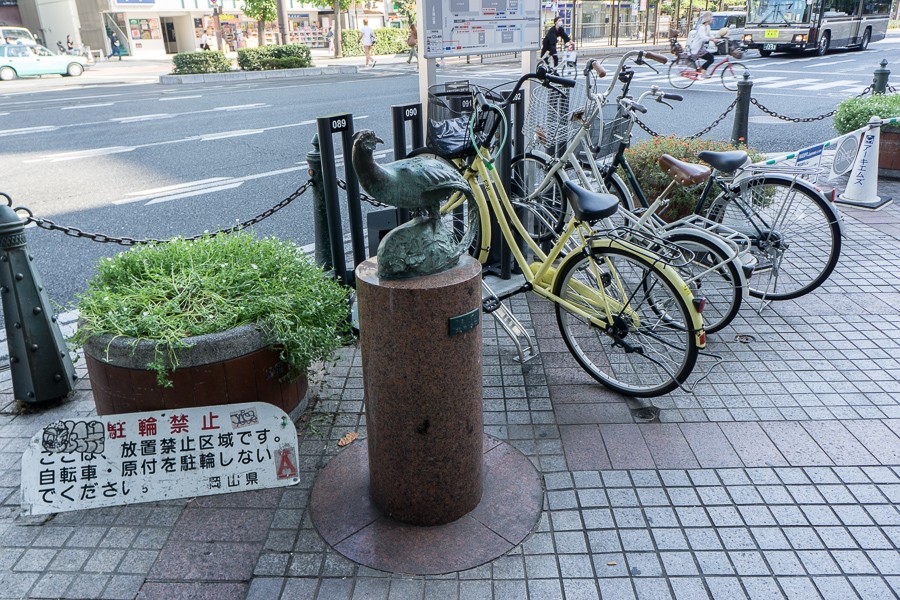 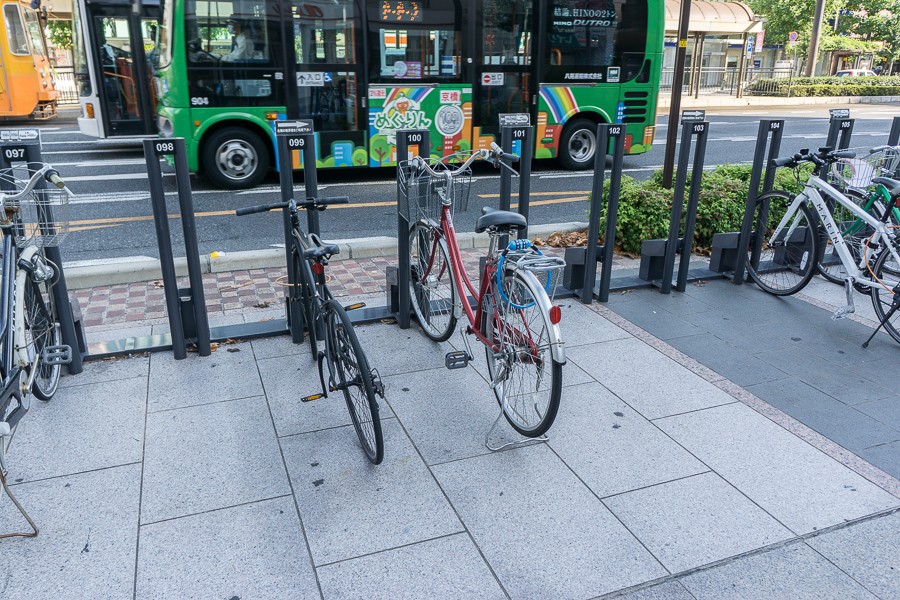 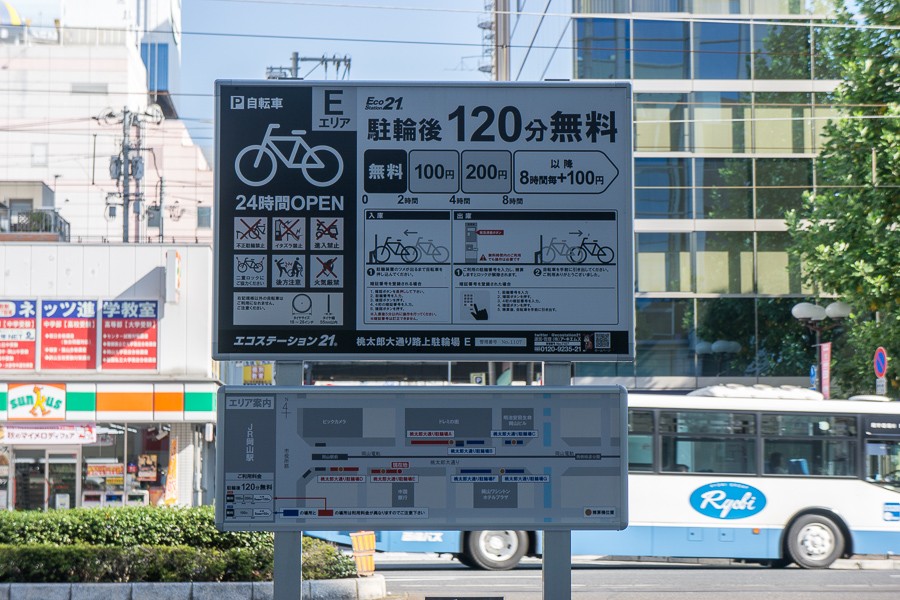 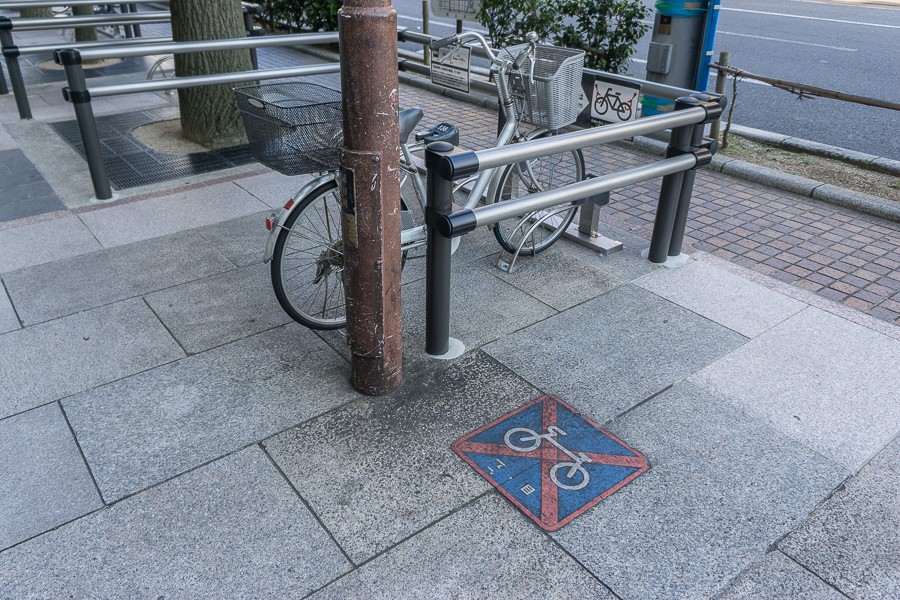 I suppose violators will be towed?

Of course, I understand the logic here. Nothing's worse than walking on a street in China and having to... "swim" over the bikes parked everywhere. And it does keep things nice and tidy. But, for a city of only 700,000, and sidewalks that are between 5-8m wide, is it that strictly necessary when usage here (on a weekday) is so low? 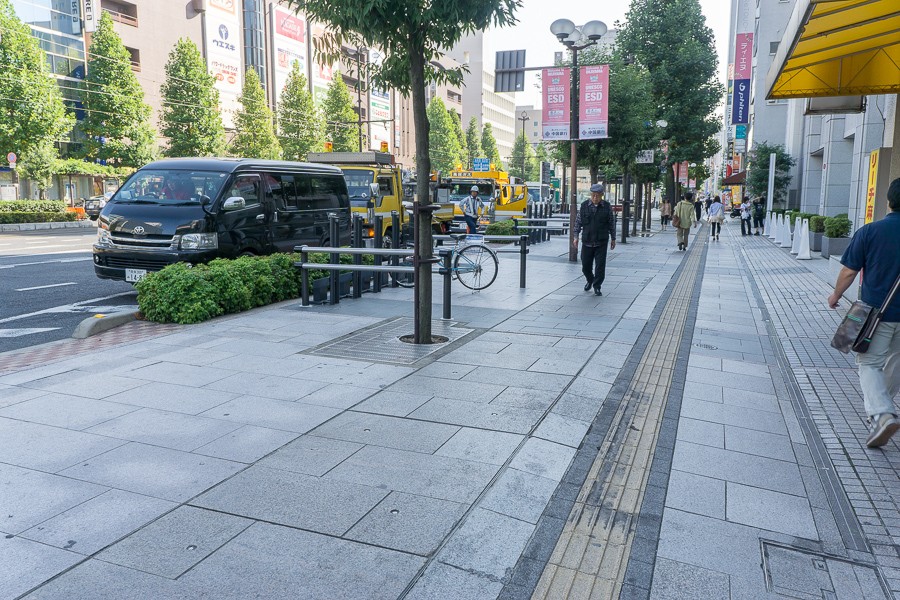 It also doesn't stop the city of having a rent-a-bike program either. 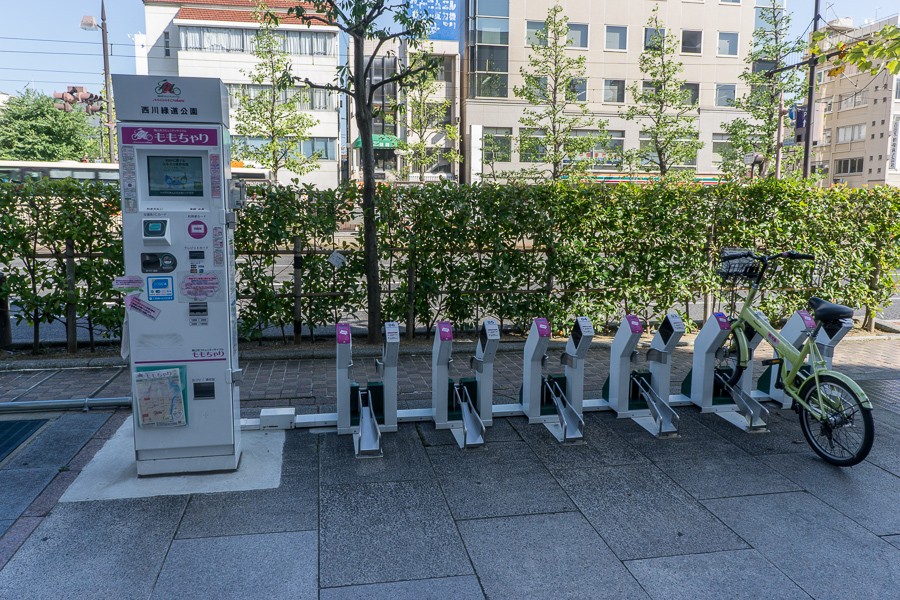 But the main street is long so they have room for these things, whether it is successful or not. It's about a 20 minute walk to the end of it from the JR station, as you can see below on a proper "North Up" map: 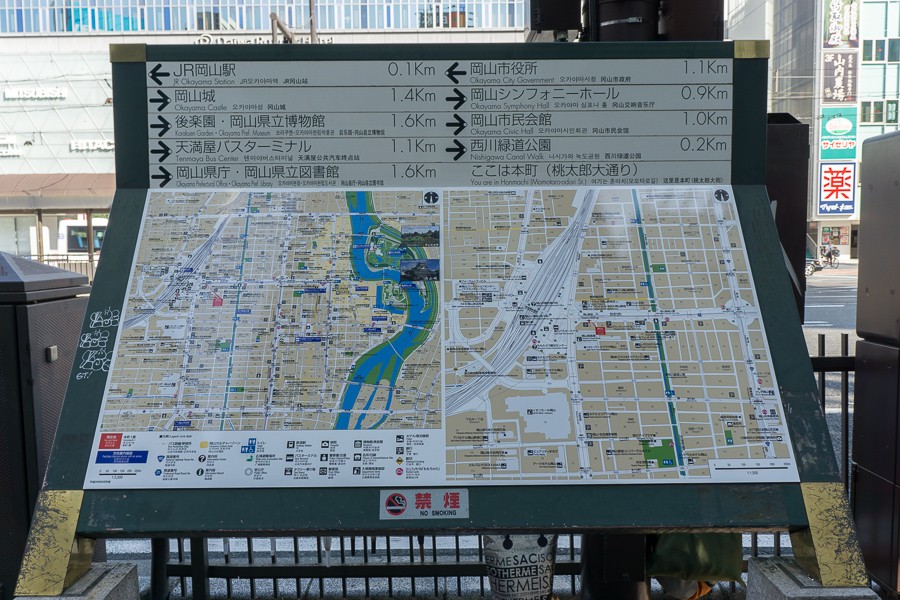 North Up Map of Okayama

And along this route there are... 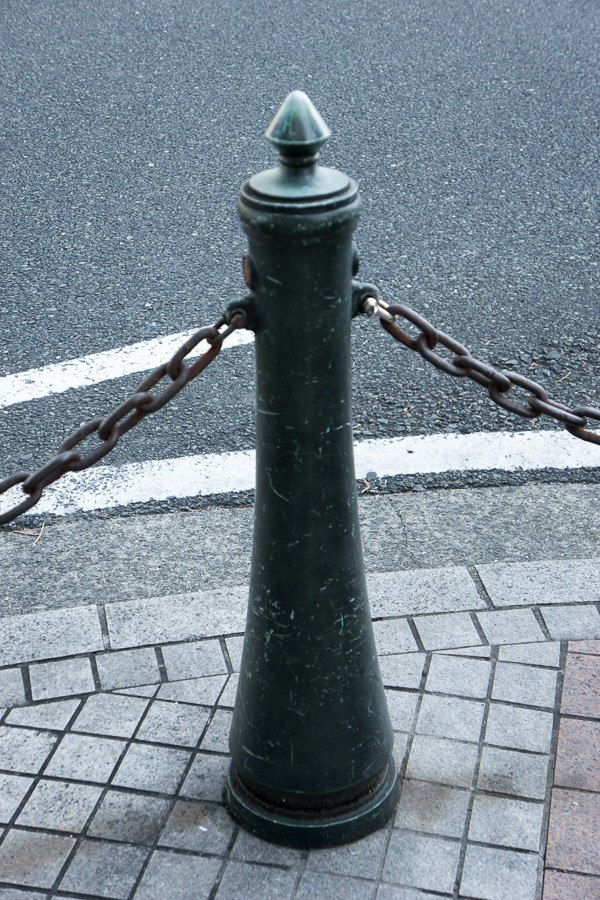 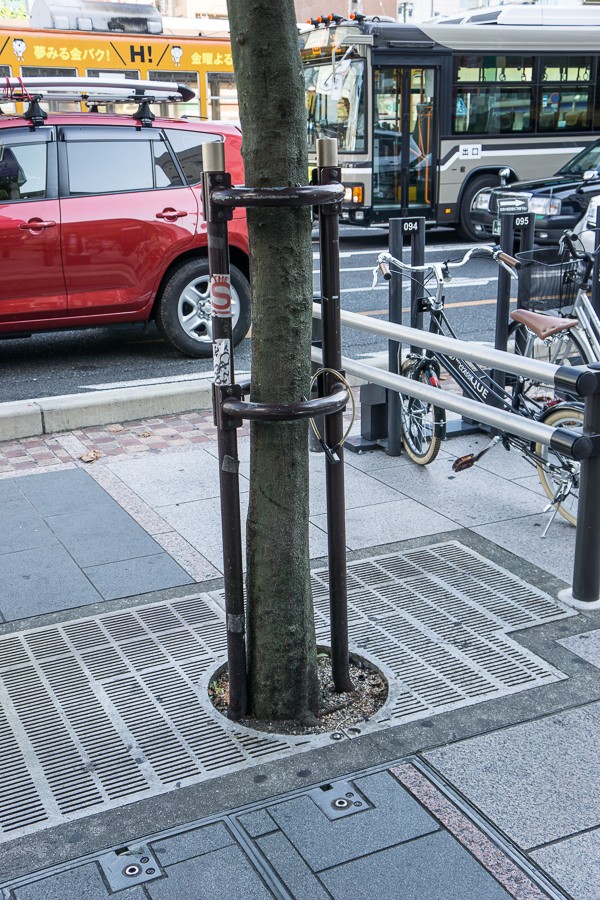 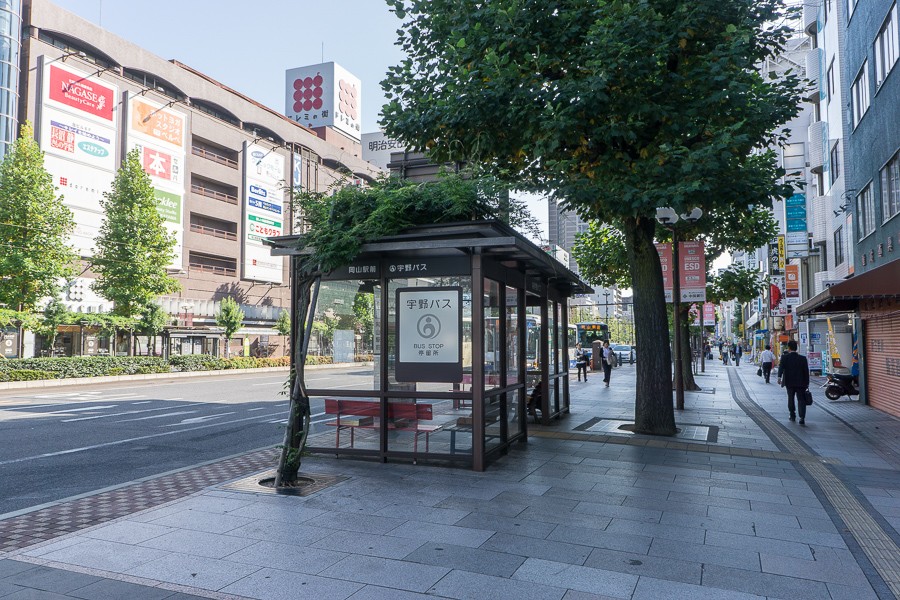 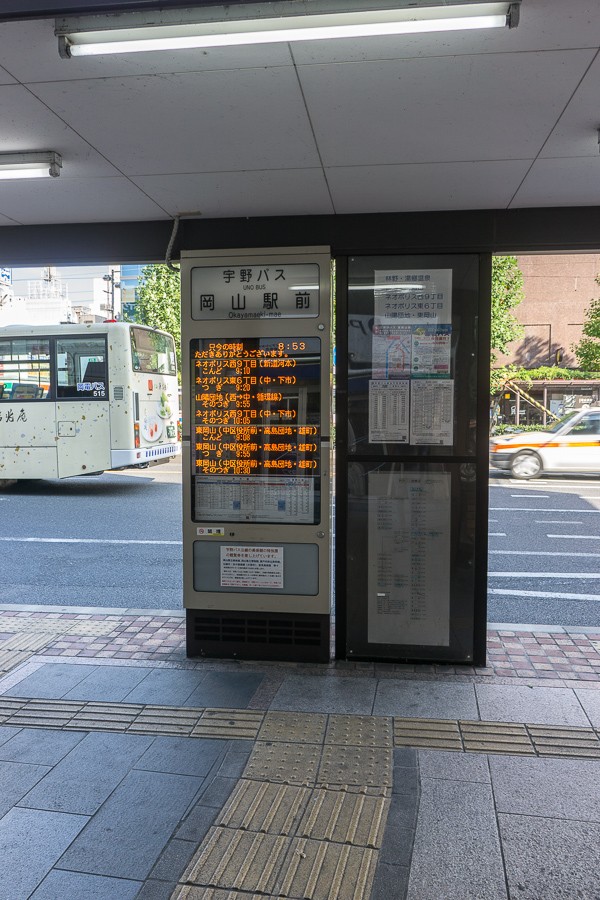 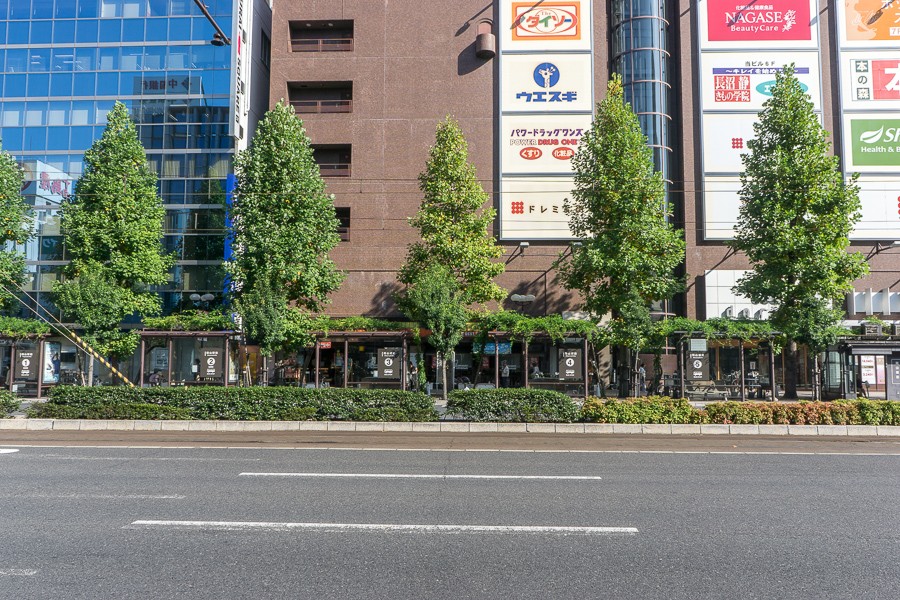 Trees... actually, not that many trees for a streetscape 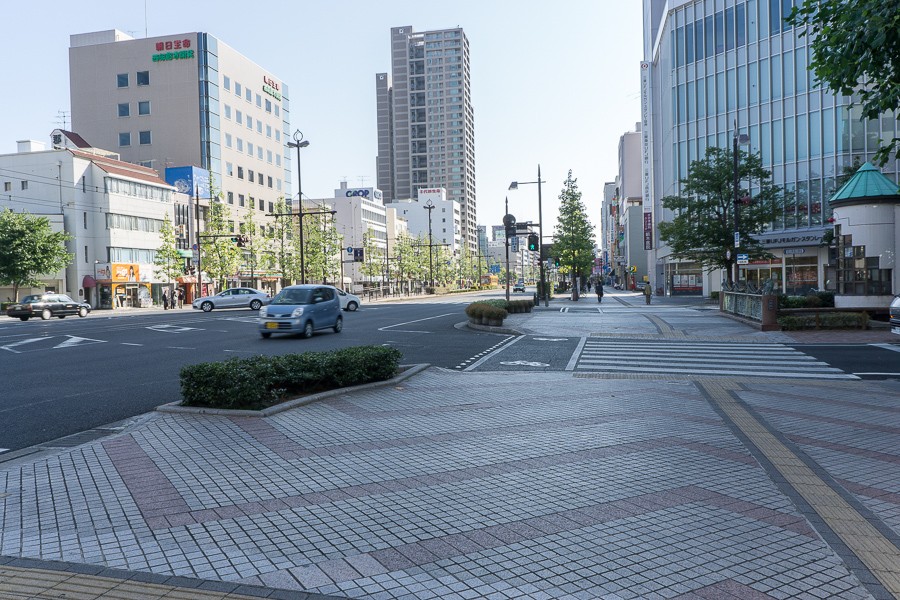 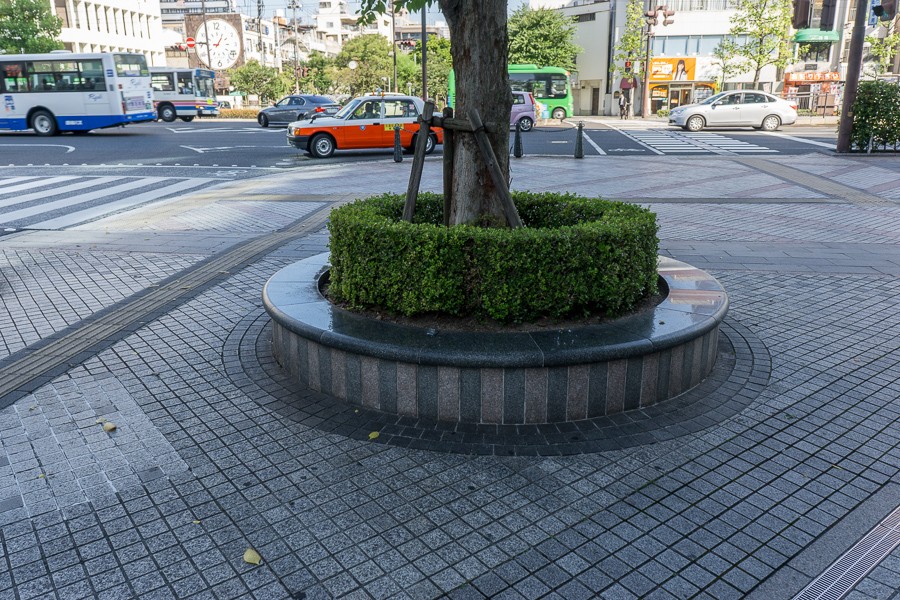 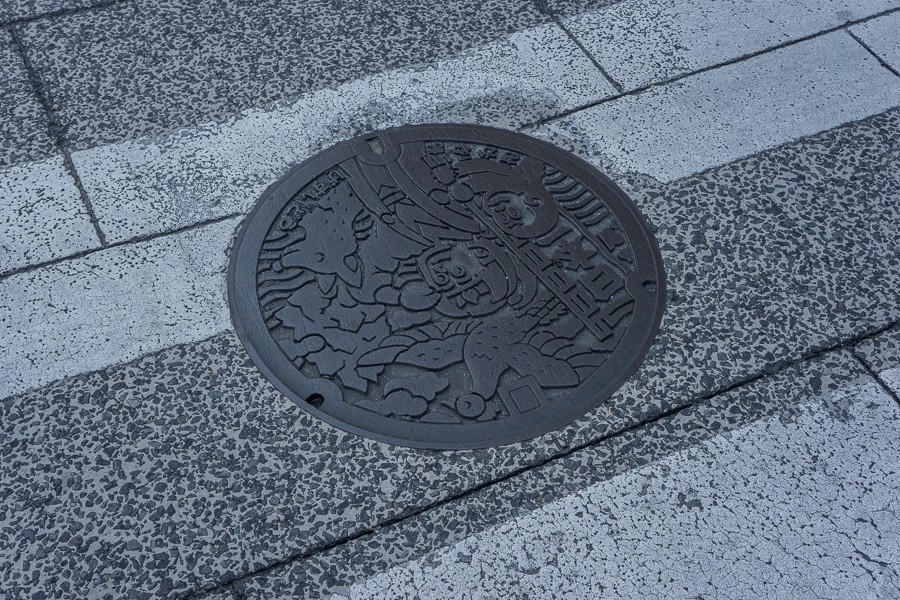 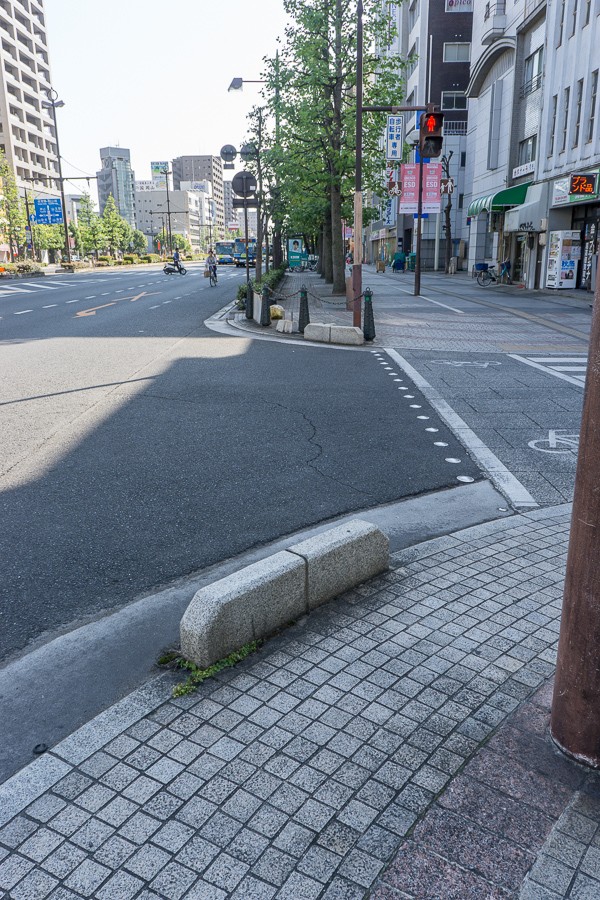 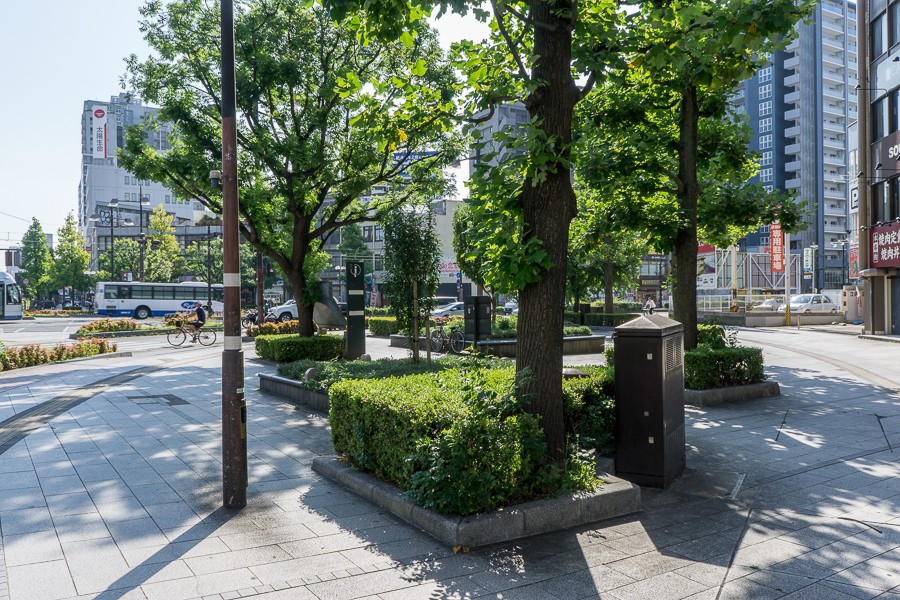 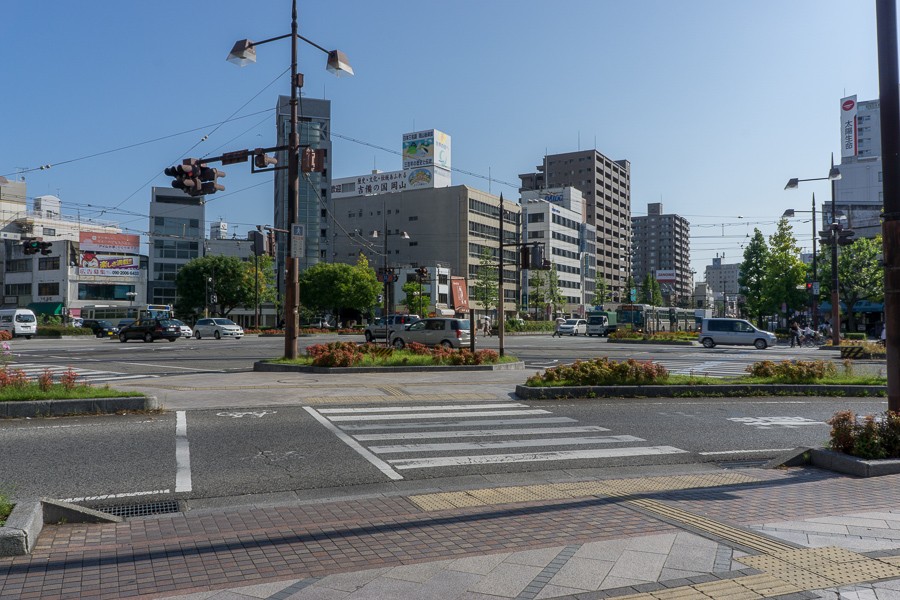 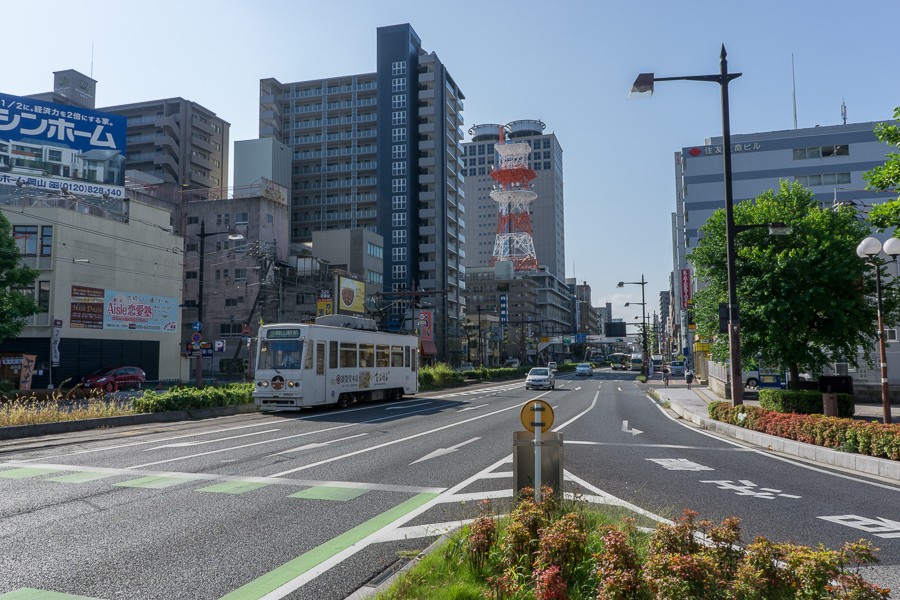 The view along the Okayama Streetscape

At this point I had nearly reached the river, so I turned North, went underground to a curious underground yet open-air plaza and made my way towards the Koraku-en Gardens..