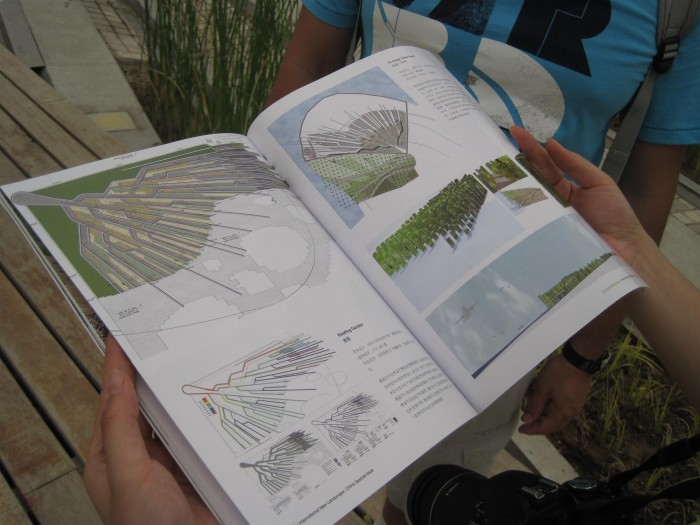 As I have myself experienced, what is articulately designed as a concept is so ever rarely built well in China. Compromises are made which may have been worse choice than the choice of building it at all. So I will give the benefit of the doubt here to the designers of the university portion of the expo because what was submitted to the Expo as a design didn't quite make it as built. As an example, the two projects above were a bit of a let down. The field of green towers ended up looking like this: 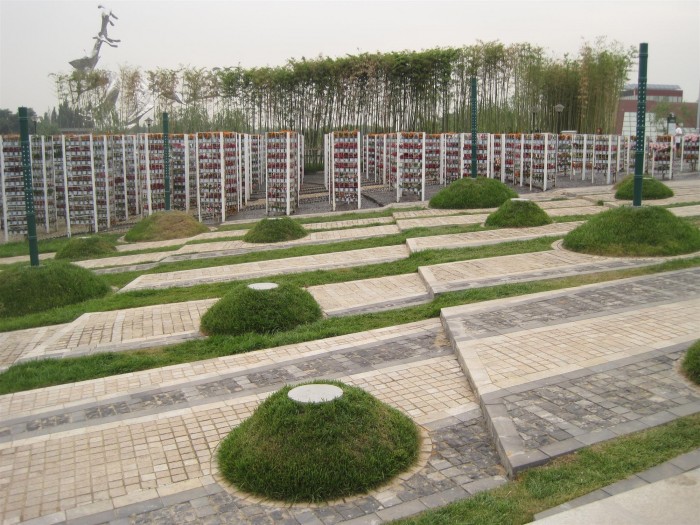 University of Saint Joseph (Macau). I thought we walked into a nursery! But oh nevermind. 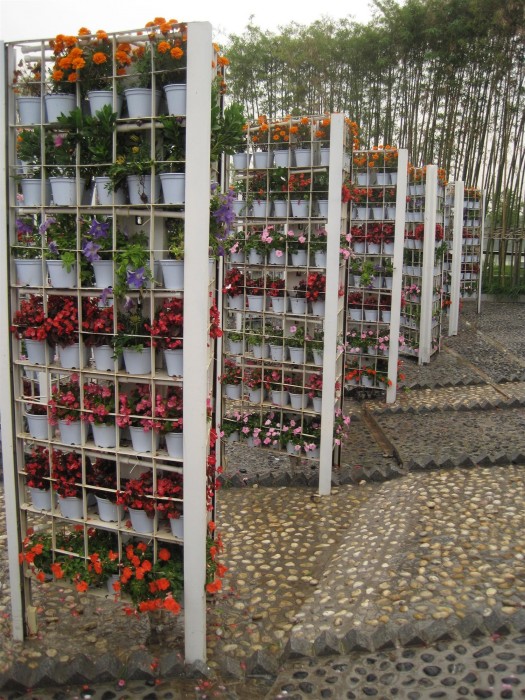 The overwatering of these plant racks did create a bit of micro climate... it felt cooler and pleasant than elsewhere

The other project on that page above was designed by the University of California, Berkeley, on the top (the water channels), and Columbia University on the bottom (the wood deck wetland). The Berkeley design projected water from a central spring channeled into spreading metal water channels. This water was then deposited by waterfall into Columbia University's wetland at the lowest grade to return to an adjacent waterbody:

The only interest for me in the Berkeley design is that the idea behind the emerging water channels exposed to the air seems to function like an artificial estuary... on a minuscule level.

My criticism of the Columbia University garden is that without the marshland plants they proposed to be planted, having annuals in a heavily water logged condition doesn't quite deliver the message of their design. Likewise, while I would have looked forward to seeing an inundated deck with waterplants, I suspect that, like most waterways in China, they are heavily regulated and not permitted to rise or fall naturally.  Like I mentioned in the beginning of this post, they might not have had (and probably didn't) final control over planting species. It also may have been a struggle to acquire such "rare" natural plants because they were undoubtedly provisioned from a nursery (which in of itself is incredulous not having a wide variety of species for a garden expo).  As I have realized over the months designing here, the tastes of a Chinese audience almost always steer to towards a fantastical, highly manicured picturesque which often directly conflicts with a true, natural landscape in transitional areas.

"The designer creates a multidimensional ecological swamp by building a riverside platform and displays different landscape effects by seasonal plants change as well as the rise and fall of water level."

Meanwhile, this garden by Peking University was closed for unknown safety reasons: 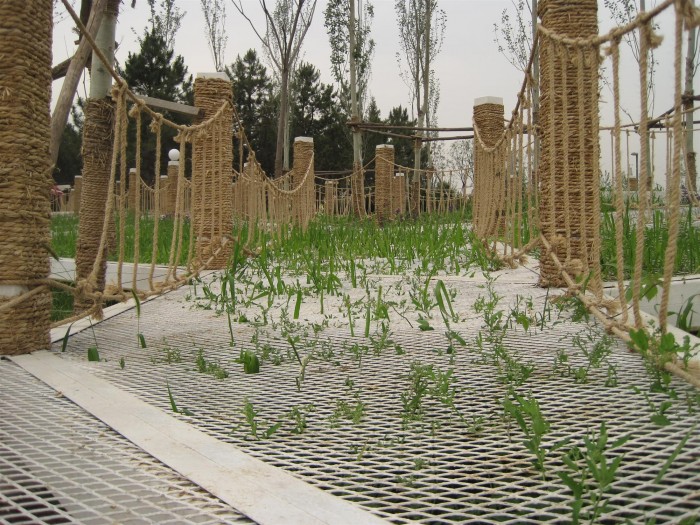 Other gardens were plagued by technical failures, such as this Aromatic Garden by the University of Toronto: 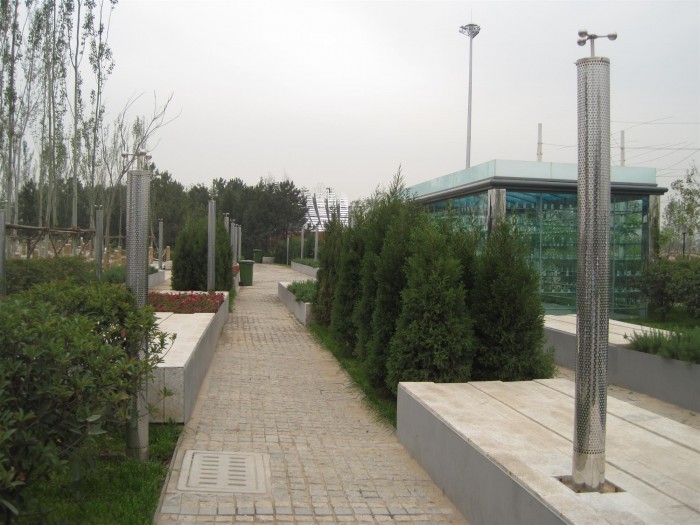 There was no scent coming from the perforated posts... And the glass structure behind was filled with scent bottles, but the building was locked. 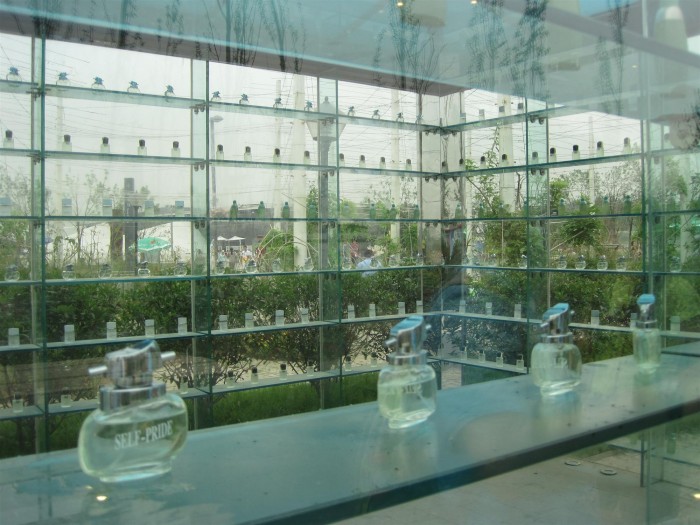 A glasshouse of inaccessible curiosities

Finally, I realized that not only was it difficult to quickly explain one's design idea on print, it is an even greater challenge to prevent it from immediately aging: 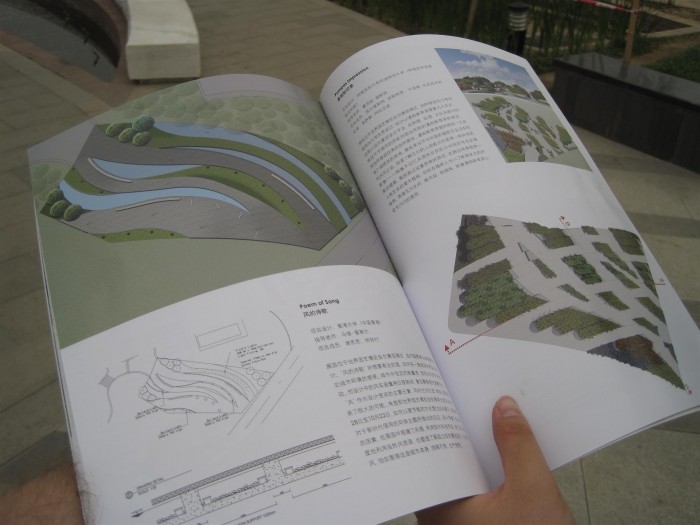 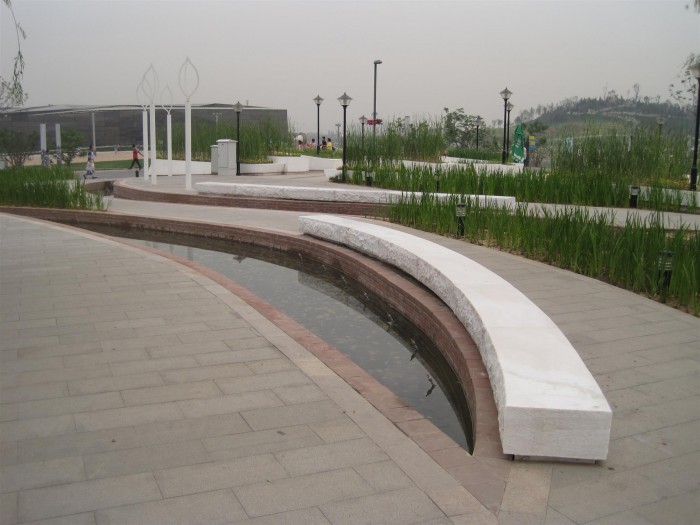 ...and this is how it was built. Granted it was a cloudy day but it just looks so dreary and so 30 years ago.

In the adjacent garden, the last one we went to, I didn't bother taking any photographs except for this last one. I think it epitomizes the spirit of the Expo from a western perspective: 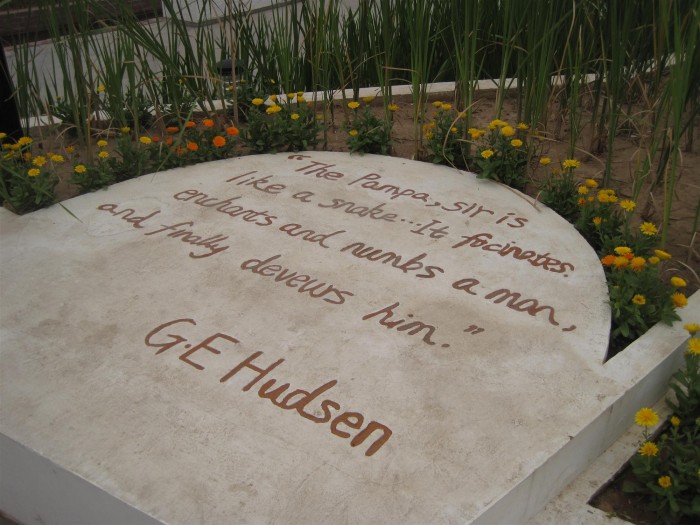 Just replace "Pampa" with "Expo" and you'll capture the spirit