Area: 1,001 sq meters
Design Theme: Recombination of eternity and instant
Introduction:  The Passages Garden is designed by Vladimir Sitta, a professor at the University of Western Australia and President of Terragram in Australia. His representative works include the National Museum of Australia, and Fantasy Garden in Canberra; He is also the receiver of the 1981 and 1986 Berlin Peter Joseph Ronna National Award. This design integrates three unique independent gardens. Close observation will expose some exquisite sights. Inside the garden there are mainly scattered walls, inserted with some cutouts for people to take a glimpse of the indistinct sceneries in front. The birches in the garden are the witnessses of the seasons' change, with trunks turning from vibrant to barren and leaves from green to gold or red. The change of seasons and the automatic reproduction of plants indicate the transitory beauty of Nature. The garden becomes Nature's minature, offering residents in cities a chance to experience it. 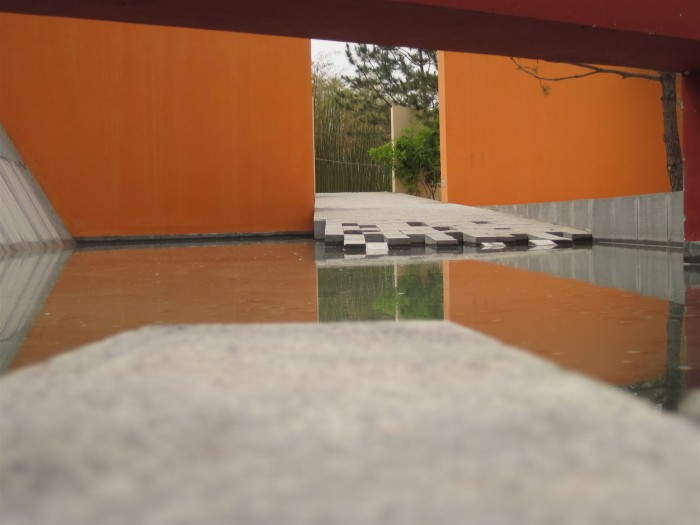 We thought that the description was referring to a text of another garden, but there was no other signpost. This garden was full of disappointment of half envisioned things. It was also a pity that the water feature was not correctly working. Unlike the last garden we visited (the Labyrinth), there seemed less to do, such as experiencing this idea of "eternity and instant"...